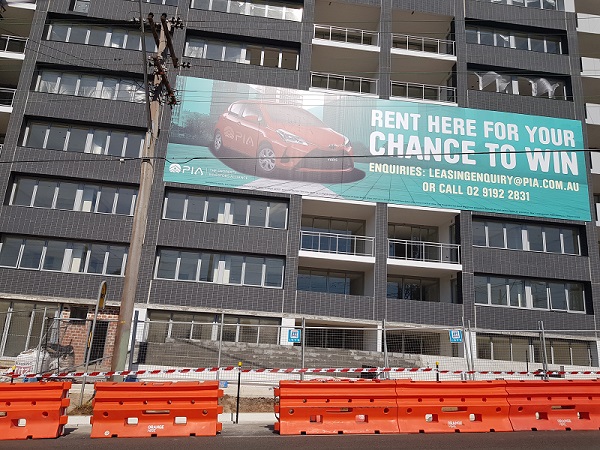 Residential Over Supply Leads to a Switch to Commercial

When I asked a friend who is a developer 2 years ago, why they continue to build residential units in Parramatta when there is a massive shortage of commercial, the answer was rather simple. He said they could sell run of the mill residential units for $11,000 a square metre, while commercial would only fetch them about $7000 a square metre and possibly as highs as $8000 at best for A grade commercial. That was about 24 months ago and some pricing recently for residential apartments since then shoots the lights out of these figures. I am not implying they are worth that much, just that some investors have paid overs for apartments off the plan since then. It will be interesting to see the valuations on completion and I have heard of many issues with valuations over the last 12 months in the area. As the article below states, developers have been switching to commercial of late. They play down the oversupply, but from what we can gather, it is a very serious saturation of apartment stock in and around Parramatta. I know of one building that took over 12 months to secure tenants for the apartments in the complex on the Parramatta CBD fringe. There are stories of others and there will be more to come. Then there is a complex near where I live offering the chance to win a car if you rent one of the apartments. Here is a picture:

Developers would not be switching to commercial if there was not an issue with selling and settling the apartment complexes. They know it is about to worsen as the significant amount of complexes under construction start to complete over the next year or two. There is no doubt there is a shortage of quality commercial offices in Parramatta. That has been the case for the last 24 months. There is a lot in the pipeline and hopefully the economy and business demand continues to hold up until they are complete. History suggests they will finish in a period of reduced demand. That is the cycle. If you have not heard of the Cantillion Effect as it relates to the property cycle, then definitely look it up. Until then, keep and eye out on supply and not just buyer demand. There has been a lot of talk about Parramatta as a growing CBD, but for that you needs jobs and commercial premises being constructed, not an exorbitant amount of apartments. The demand has been there for commercial, it just didn’t stack up financially for the developers compared to residential. Now the tides have turned but hopefully not too late for Sydney’s second CBD.