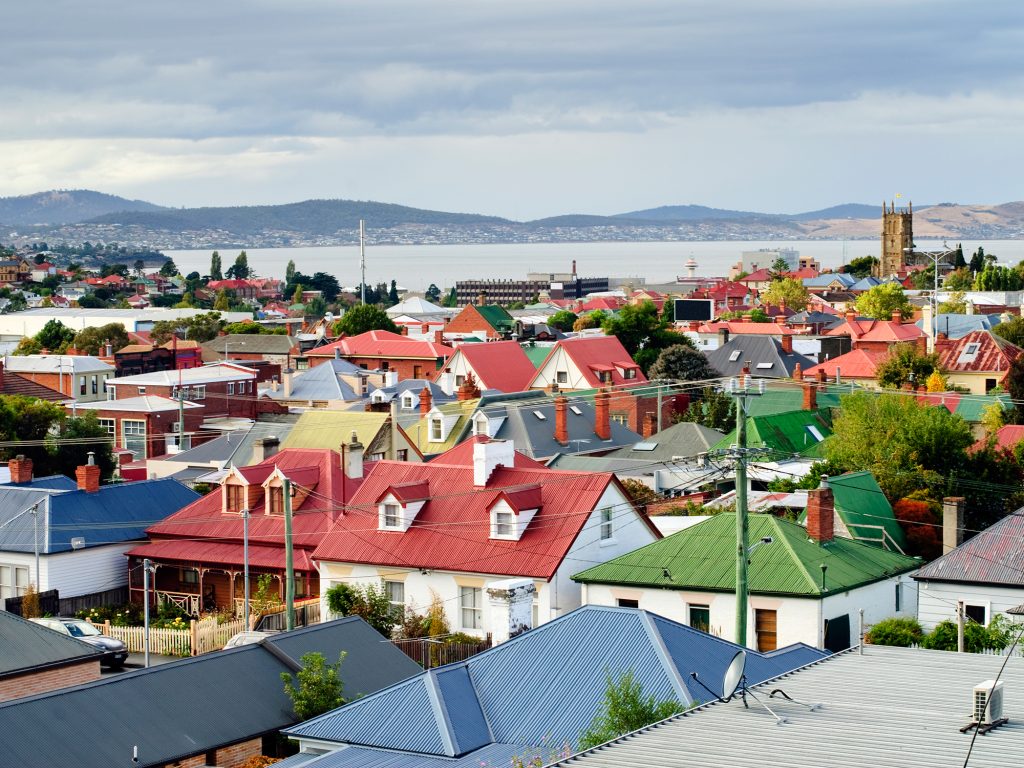 The media is rife with the words ‘bubble’ to describe Sydney and to a lesser extent Melbourne’s property market. What many journalists, economists, real estate agents and investors don’t understand is the existence of the 18 Year Property Cycle. Most people recognise the 7-9 property and economic cycle, very few understand the real 18 cycle. As subscribers to this newsletter, you will get to know the previous 18 Year cycles throughout history and to estimate where we are in the current cycle and most importantly, where we are headed. Please take time to read this month’s article on the 18 Year cycle as it will provide the secret to successful investing, not just in property but also shares and other assets.

Sydney and Melbourne have experienced stellar growth the last few years. These two capital cities are headed for the mid-cycle slow slowdown. Most commentators agree that in the second half of 2017, there will be a slowdown in growth for Sydney followed by Melbourne. How long this will last, they have no idea. According to the 18 year cycle, it should last 1-2 years. Due to the out of the ordinary growth, I see a 3-4 year slowdown. Most suburbs will track sideways, some will decline. Investors and owner occupiers who bought over-priced new apartments and house and land packages will feel the greatest pinch, because they over paid to start with. They bought dime a dozen properties with very few points of difference and generally in suburbs where that type of property size is unwarranted and doesn’t match the demographic. Case in point, small apartments in Western and South Western Sydney where the demographic matches larger 3-4 bedroom homes. They will be in some strife especially when they come to settle on the property and obtain finance. Interestingly, the government announced it will allow foreign investors to buy fall overs where the original off the plan buyer cannot complete by classifying them as new property and hence compliant for foreign investors. A move to attempt to shield developers and the banks from big loses. A local investor will generally obtain a valuation before exchanging on a completed fall-over apartment and will pull out if the valuation comes in under contract price on completion. The big worry is those who went and paid unjustified premiums for new stock off the plan and fell for the slick marketing and the “don’t miss the boat” sales pitch. As our clients’ have heard from me in the past, the boat sailed long ago and the sharks have been circling.

In short, the mid-cycle slow down will hit Sydney earlier than normal (usually 7 years into the cycle), Melbourne to a lesser extent and a little later in the cycle as it started its growth spurt a little later and a fair bit more moderate. Melbourne has had the greatest population growth recently, tracking around the 2% mark. This has left me along with many others with a big of egg on my face (and I don’t like eggs especially without bacon and BBQ sauce). 4 years ago, I was predicting a pullback in the apartment market due to supply concerns. Instead, the demand from overseas investors and the continued population growth in the World’s most liveable city, has held up the apartment market and in fact contributed to some moderate growth. Nowhere near the growth of the detached housing market within reasonable proximity to the CBD though, but some growth nevertheless.

The rest of Australia has not experienced exorbitant growth since the beginning of the recovery and new cycle start of 2011/12. There should still be growth in Brisbane, Adelaide, Hobart and Canberra for the next 24 months, possibly slightly longer. There will be a major growth period in Australia from 2020 till around 2026 which will be the top of the cycle and the beginning of the next “GFC” if you like where prices will fall. Perth and Darwin are still in for some more pain in 2017 and 2018 due to another 12 months or so of capital expenditure declines in the mining sector and limited job growth. They will recover in time, but it is difficult to predict the bottom, so take a wait and see attitude. Generally they are markets we keep away from as we prefer the safer service dominated economies of the eastern seaboard capital cities.

One thing I want to point out is the variance in reporting from the various research houses. Below is an example looking at Sydney’s performance according to different measures. According to the Residex median value series, Sydney house values grew in value by 4.6% over the past twelve months. Residex’s new parent company CoreLogic (previously known as RP Data) shows Sydney house values grew a whopping 16.0% according to their hedonic regression method. Using their stratified mean, they were 12.9% higher. And the list goes on.

One key point is the Inner West, Eastern Suburbs and to a lesser extent the Lower North Shore have been performing very well over the last 12-18 months. Median prices in these areas are much higher than the outer suburbs where growth has slowed since September 2015. This makes the Sydney “median house price” growth look a lot better than it actually is performing in reality across the board. According to the ABS Price Index figures just released, Sydney House prices grew 10.34% in the last 12 months to December 2016, Attached dwellings (townhouses and apartments) 16.31% and the overall residential market 10.34%. The majority of this growth happened on the final quarter of 2016. And yes, attached dwellings outperformed the detached houses, another signal that affordability of houses is reaching the peak of the mid-cycle period. 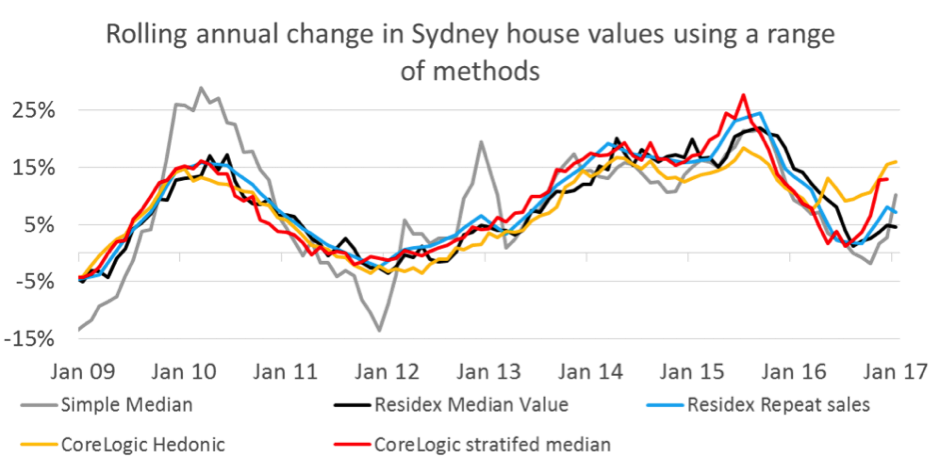 A full recap of capital city performance from the ABS Index is listed below. Growth picked up in most markets except Perth and Darwin as explained above. After a stellar run during the mining boom, Perth and Darwin have been in a downward spiral in not just prices, but also rental yields and occupancy rates. Don’t try and catch a falling knife. I would generally avoid them, but if taking a punt is your cup of tea, wait until there is 12-18 months of growth before deciding on investing in those markets. If you pick well, there is some opportunity left in Melbourne. The other market on our radar is Brisbane, but you need to be very selective as 2017 will be a struggle for some suburbs given the level of supply. With capital expenditure recovering in Qld, interstate migration recovering and some private infrastructure projects like the Queens Wharf Casino precinct starting construction, there are some good growth drivers in place.